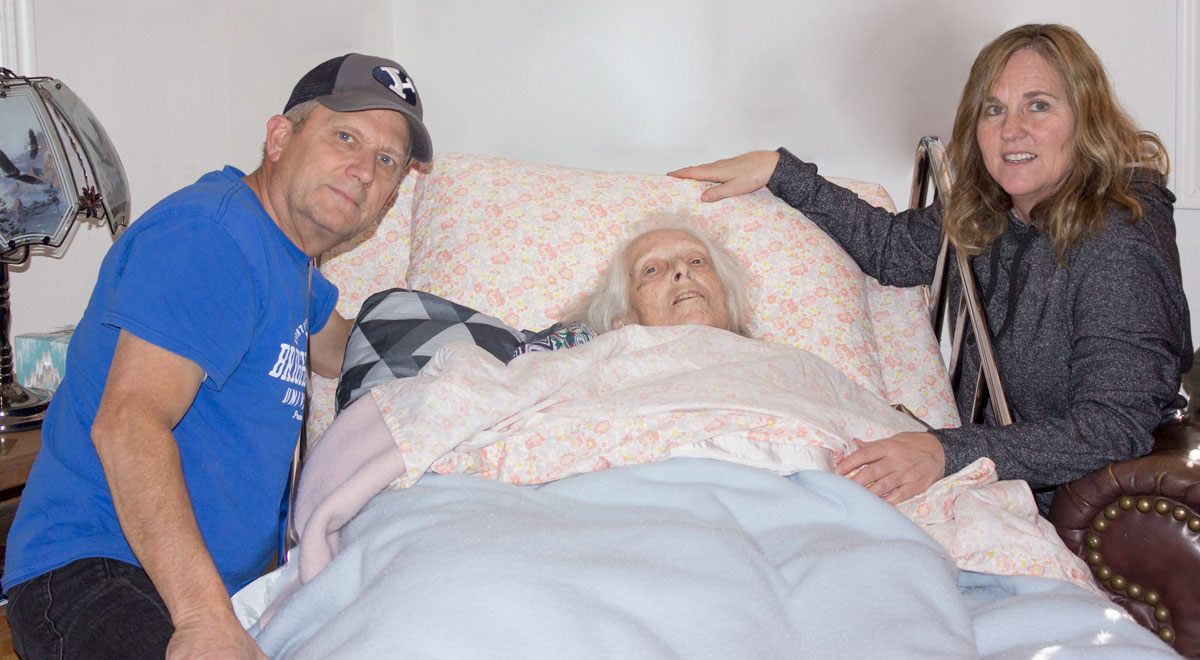 December 31, 2017. Dan Jr., Dorothy, and Gayle Noorlander. This was Dorothy’s last picture before she passed away three days later. She was happy and polite to the end. A graveside service was held January 5, 2018, in the Hurricane City Cemetery, Hurricane, Utah.

My mother, Dorothy Lillywhite Noorlander, was born of goodly parents. Her father and mother were noble people who loved the Lord and His gospel. From them Dorothy inherited many fine qualities: She was hard working, frugal, loving in all her relationships, and always giving of herself and her means to make someone else happy.

There is one quality that stands out above all the rest. It is one that I honor her for, because of its genuinely selfless nature. My mother endured many painful experiences during her life, including physical and spiritual setbacks. And yet, she hid her pain, put a smile on her face, and never let you know how lonely she felt, or that her heart had been broken by someone who should have known better. She didn’t speak disparagingly about anyone.

I also honor my mother for her loyalty to my father. During the years after he died (October 3, 1990), I never heard a negative thought, comment, or memory escape her mouth. She bragged about him constantly, explaining everything he had accomplished to anyone who would listen. More often than not, she left her own contribution completely out.

This was my mother. I cherish thoughts of the day we will meet again in a better place, surrounded by loved ones who learned to love and forgive as she did. 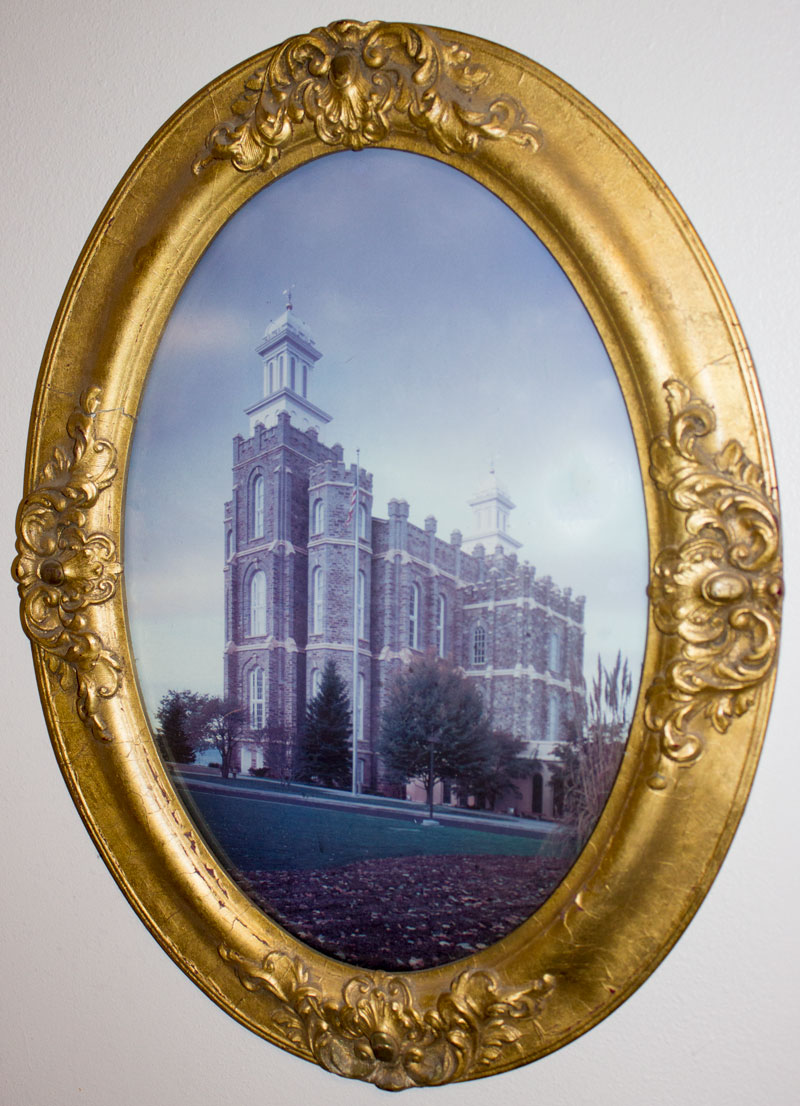 Dorothy was sealed to her parents (September 27, 1923) and to her husband (July 30, 1945) in the Logan Temple. This beautiful frame with oval glass covering (hard to see in the picture) belonged to Dorothy’s mother, Cleopha Thomas Lillywhite. It now belongs to her son as a priceless possession. It is 19 inches wide by 25 inches tall.

It was my privilege to care for my mother during the final years of her life. These times included daily outings (somewhere), many trips to the movie theater, which she always enjoyed, even after reaching the point that she didn’t have a clue what was going on, and the after-movie outing to Panda Express or Zupas. It didn’t really matter what we did. She was just happy to get out.

My mom made friends wherever we went. Going down the aisle in the grocery store it was always, “Hi, how are you?” “Where are you from?” “What a pretty little girl you are!” — and so on. You didn’t go with my mom anywhere if you were in a hurry, because she wasn’t.

We went on our last outings December 28th and 29th, 2017. This included a final visit to Dr. Armstrong on the morning of the 28th, and a run to Cavalier Pizza and Terrel’s grocery store in the evening on the 29th. Gayle had been sick with the flu, so my mom wanted to pick up some hot soup and Popsicles thinking it might make her feel better. And, of course, we stopped at the gas station to pick up her daily “Frazil,” which by now she was calling a “Razzle.”

I knew when we got out of the car that night that this would be one of my mom’s last outings. As it turned out, it was her last. She was afraid of falling, and we had a difficult time making the transition from the car into the wheelchair. By now she couldn’t help very much, so I was basically picking her up and setting her down as gently as I could. Although you could see the fear in her eyes, she would always thank me when it was over.

These last few days with my mom have been hard but special. During certain moments they became sacred. Throughout the night, Monday, January 1, 2018, she was staring off somewhere while calling out to family and friends. Gayle came over during the day, and we were both amazed watching her for several hours calling out to Dahrl Jean, the daughter who died in 1946 when only two days old. My mom fidgeted in the bed as she said things like, “help me,” or “come get me.” At one point she reached out with one arm toward the ceiling and said, “lift me.”

My stake president contacted me during the day and remarked that his father did the same, ultimately calling out for his own mother. “The veil,” he said, “is very thin.” 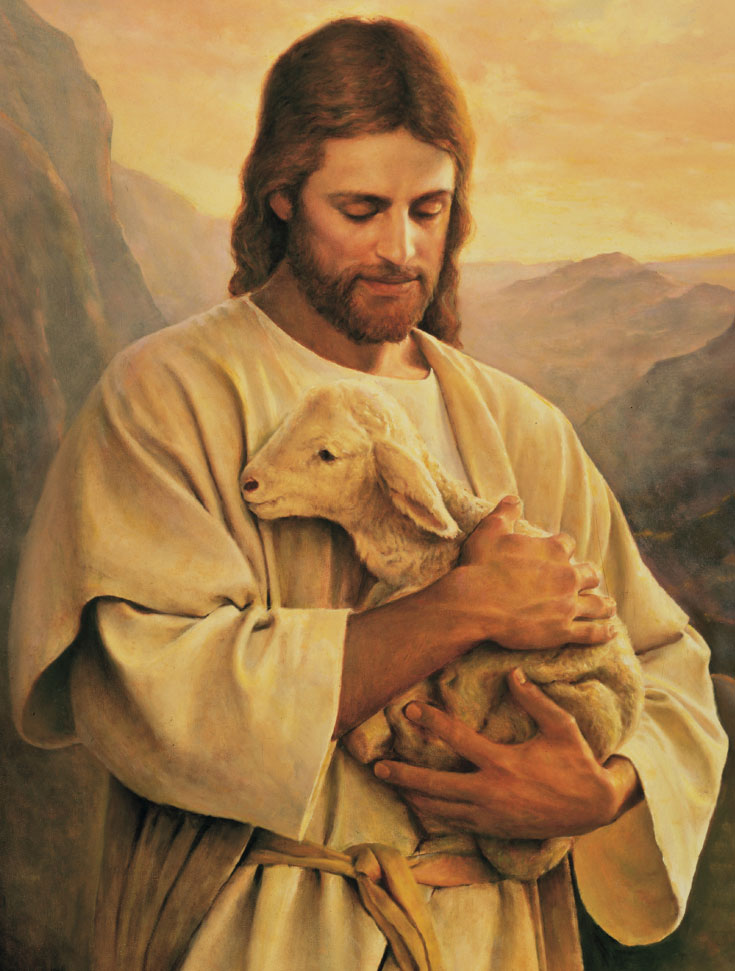 Well, these are days not to be forgotten. I end how I began. It has been my privilege to care for my mother, and to have her as my mother. There never was a son more richly blessed than I; and this, because Dorothy Noorlander raised me, stood by me, and cared for me throughout her life and mine. There is peace now knowing that she has been embraced by her husband, her family, her friends, and her Savior. Well done, Dorothy. Well done indeed. 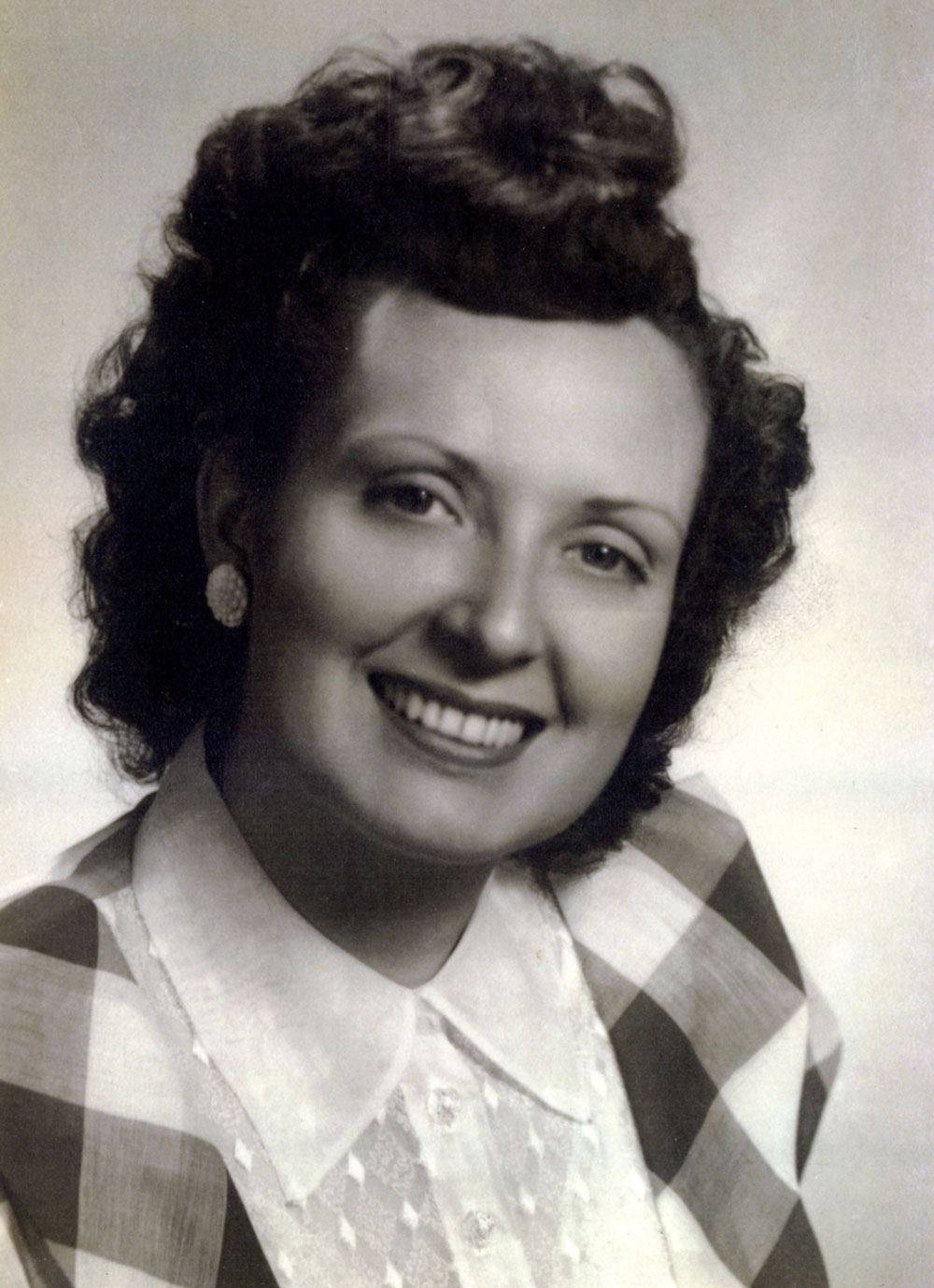 Dorothy Lillywhite Noorlander was born October 3, 1922 in Garland, Box Elder, Utah. She was the third of five children born to LeRoi Orwin Lillywhite and Cleopha Thomas Lillywhite. She was sealed to her parents September 27, 1923 in the Logan Utah Temple of the Church of Jesus Christ of Latter-day Saints.

A graveside service was held for Dorothy on January 5, 2018, in the Hurricane City Cemetery, Hurricane, Utah, where she was buried next to her beloved Dan who passed away October 3, 1990, on Dorothy’s 68th birthday.

Dorothy was a devoted daughter, sister, wife, mother, grandmother, and great grandmother. As a member of the Church of Jesus Christ of Latter-day Saints, she served in many capacities over the years, including Relief Society President and counselor. Her caring ways suited her well for every calling and loving act of service.

In a special way Dorothy was devoted to her husband, Dan, with whom she served in the Guatemala-El Salvador Mission from 1973 to 1974. Together they reduced the suffering, and elevated the standard of living of hundreds of Latter-day Saint Indians living in the mountains of Guatemala. Their unique and faithful service will long be remembered. From Dan’s military service to his valuable work in the Dairy industry, Dorothy was a constant support and source of comfort and inspiration to Dan, whom she loved with all her heart, and about whom she always spoke in proud and glowing terms. This was true until the end of her life on earth.

Dorothy Noorlander inspired many through her quiet, behind-the-scenes, exemplary life. Her devotion to God and her family was evident in everything she did. By now she has certainly heard the words, “Well done, good and faithful servant; thou hast been faithful over a few things, I will make thee ruler over many things: enter thou into the joy of thy lord.” 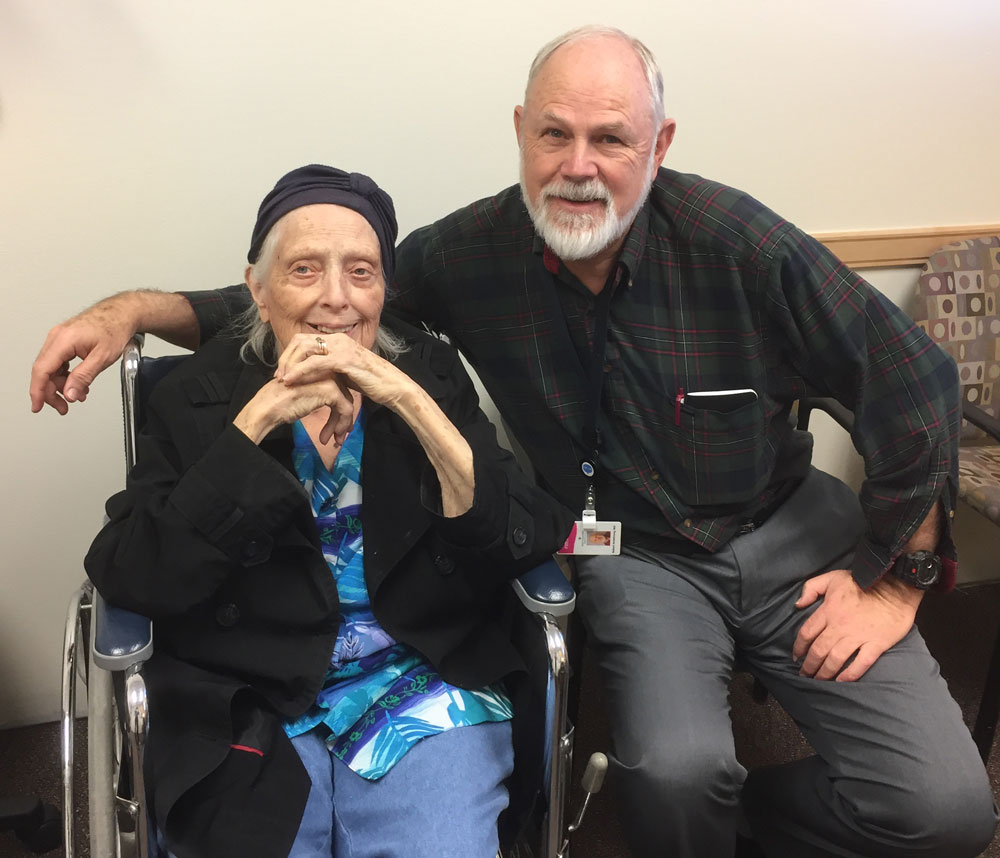 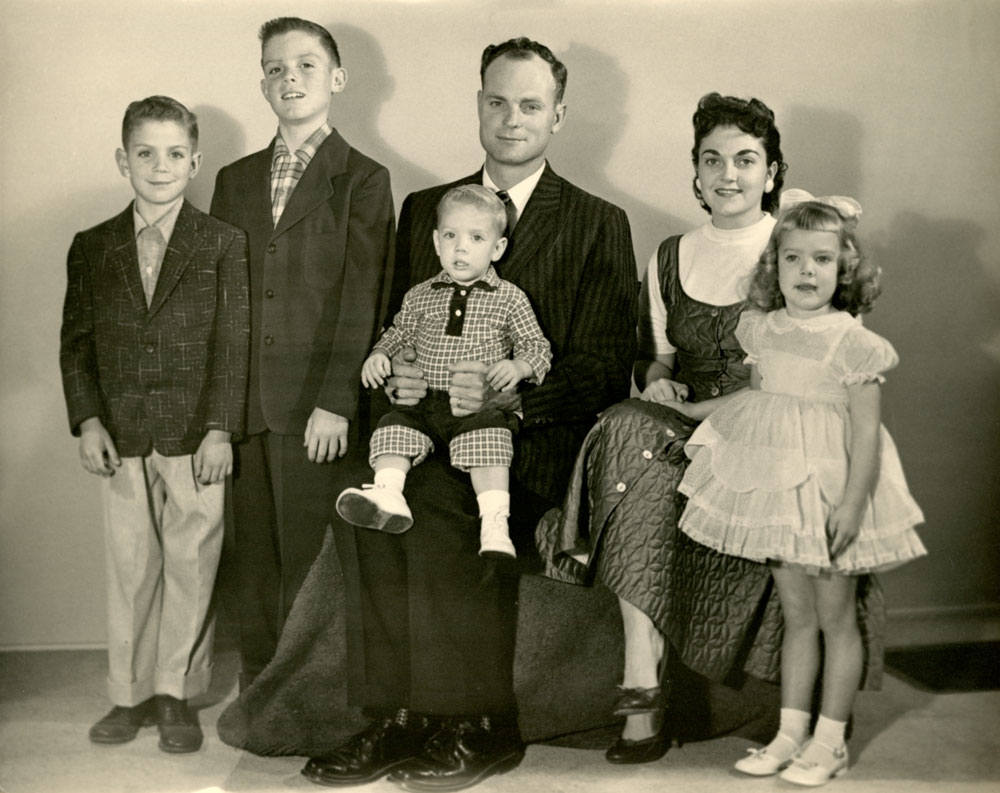