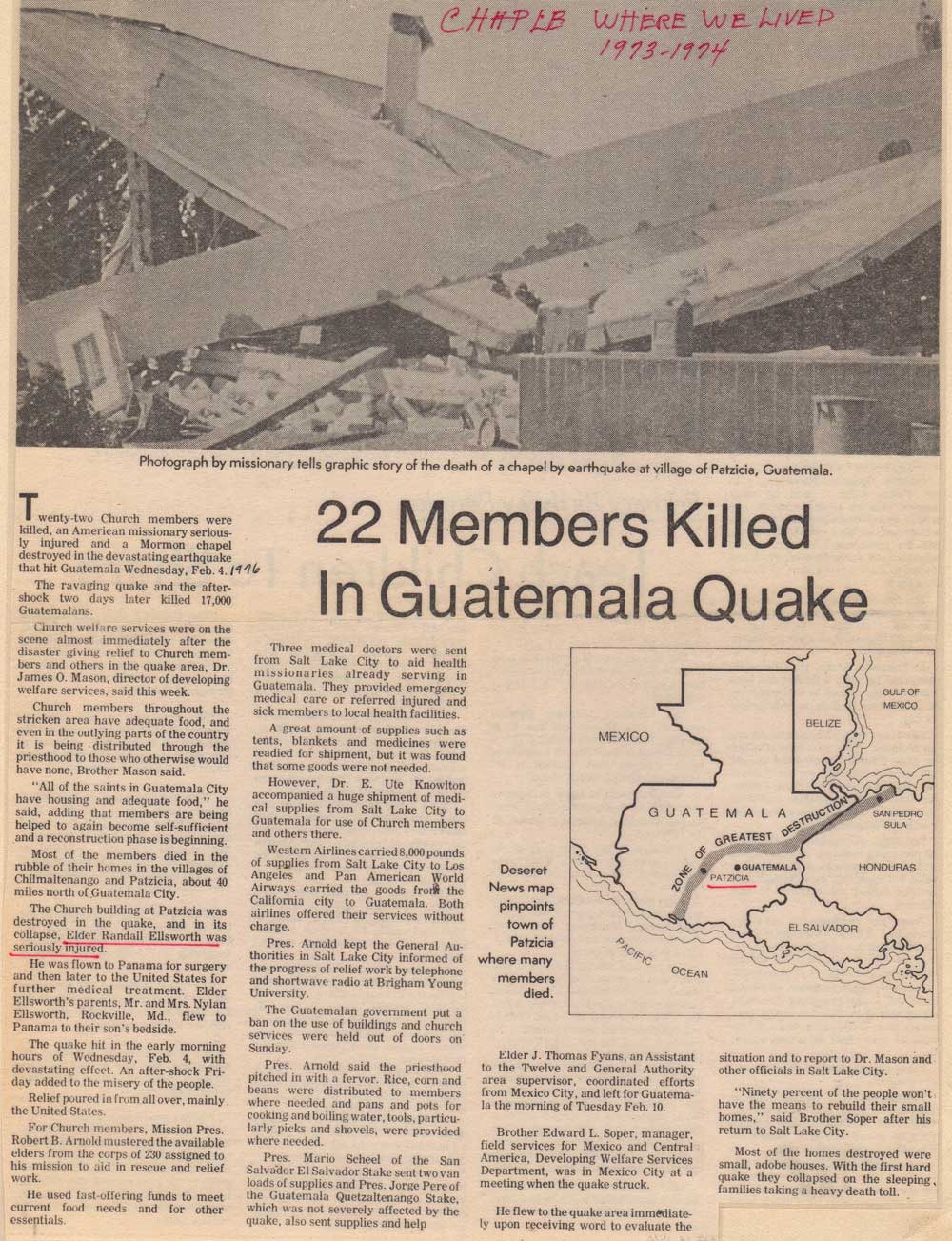 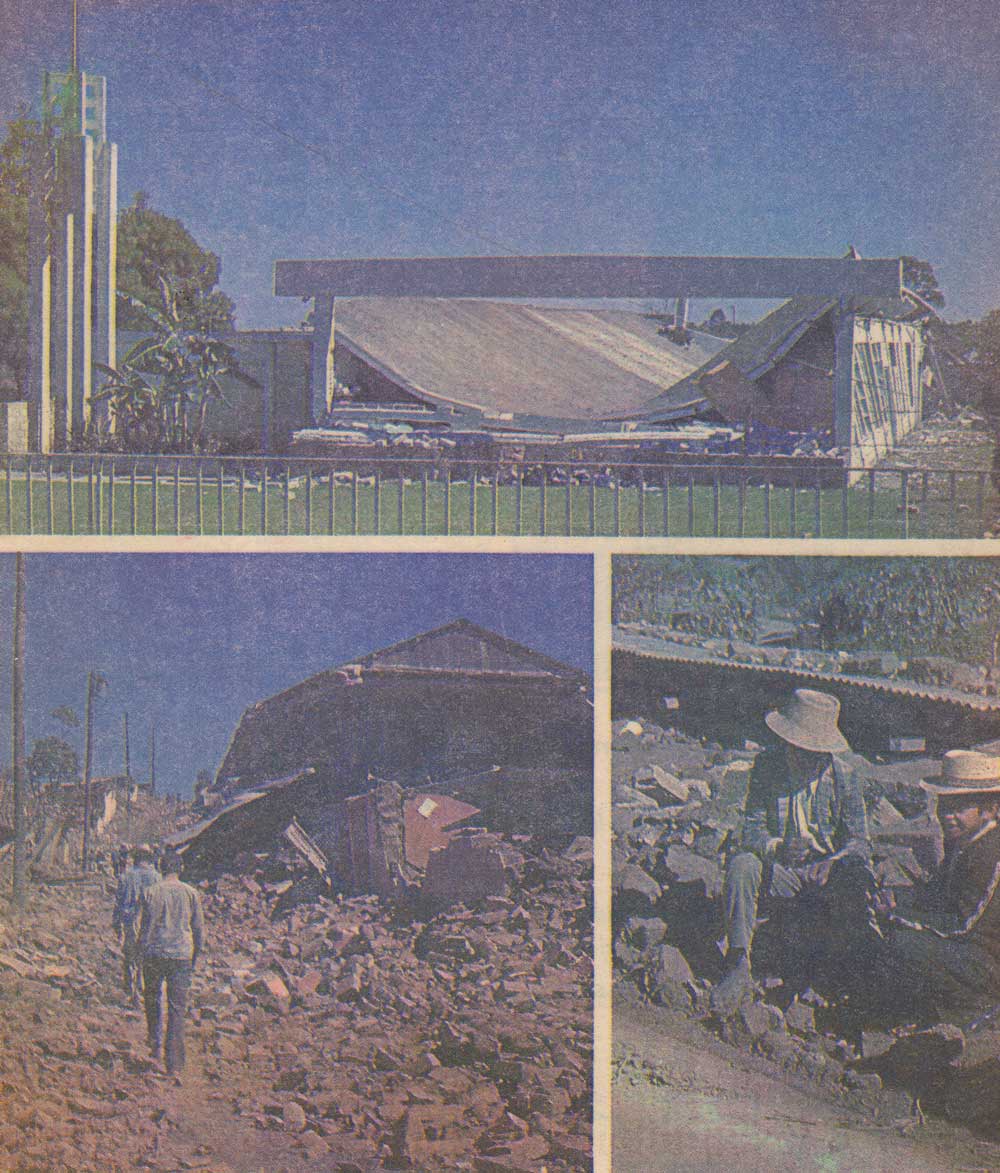 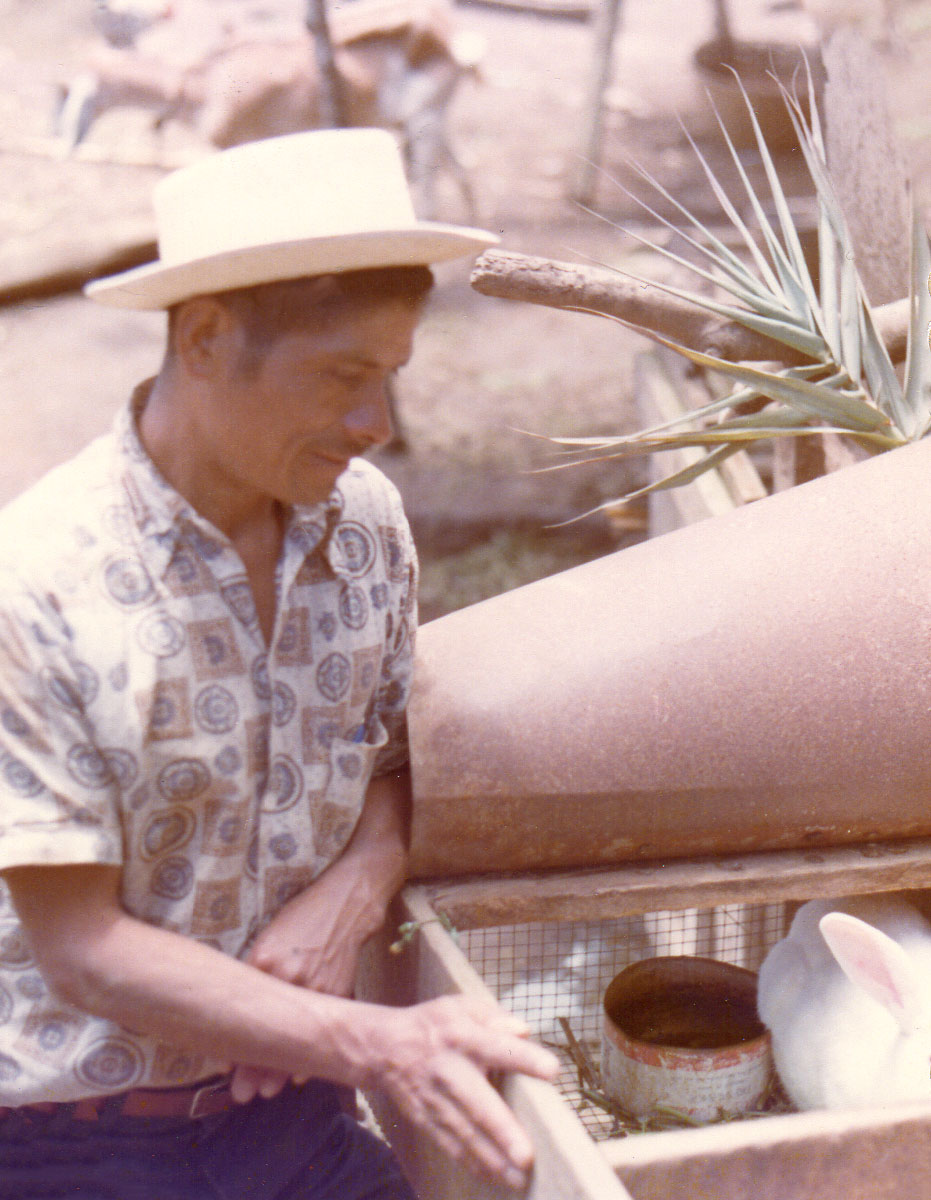 Pres. Pablo Choc admiring the rabbits in pens built by members of the co-op in Patzicia, Guatemala.

The Choc family was one of the hardest hit by the earthquake. Sis. Choc, who was expecting, and two of her sons were killed. To make matters worse, the Choc’s son Daniel, serving as the first Cakchiquel Indian in the Church, was killed a few months after the earthquake in Patzun. He and other missionaries used their preparation day to help clean up rubble caused by the earthquake when an adobe wall fell on him, bringing an end to his life. Owing to these tragic circumstances, the First Presidency gave Elder Noorlander permission to do Daniel Choc’s temple work not long after his death.

It is hard to imagine a tragedy of this magnitude coming to one family over such a short period of time. Life as an Indian in Guatemala is hard from birth to death. Every day is a struggle just to survive. And yet, these humble people approach each new day with faith in Jesus Christ, accepting the challenges that come their way. The members of the Choc family, and Pablo Choc in particular, are no exception.

As recipients of Pablo Choc’s story, we have to wonder how we will feel one day standing next to him in the world beyond this one. How did we do when faced with adversity? Did we lose or retain our faith? Did we make the effort to keep our faith strong? Time will tell. 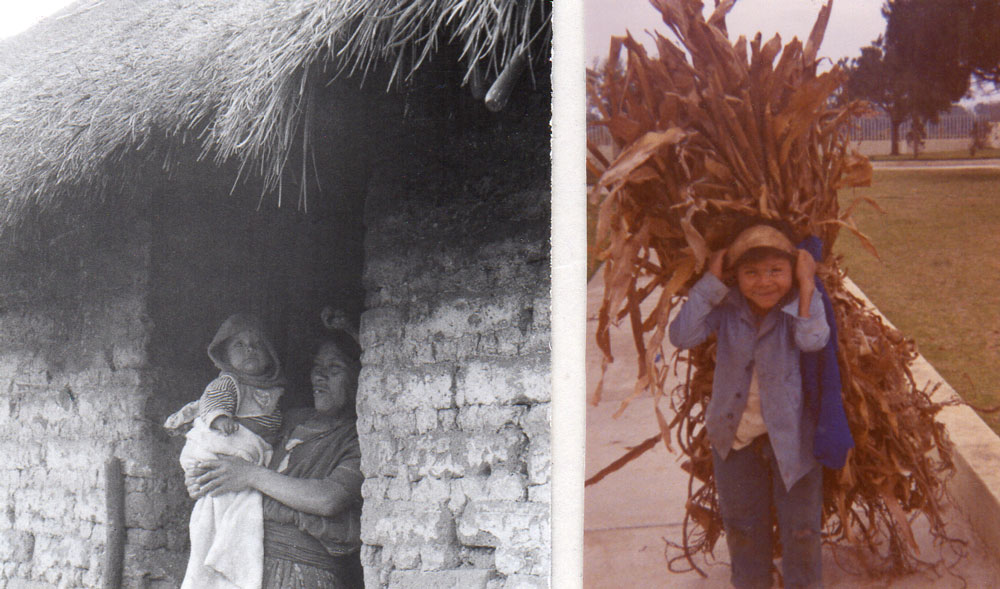 Sis. Choc and her two sons, Israel and Lucino. All three were killed in the earthquake of 1976. She was the wife of President Pablo Choc, Elder and Sis. Noorlander’s branch president. 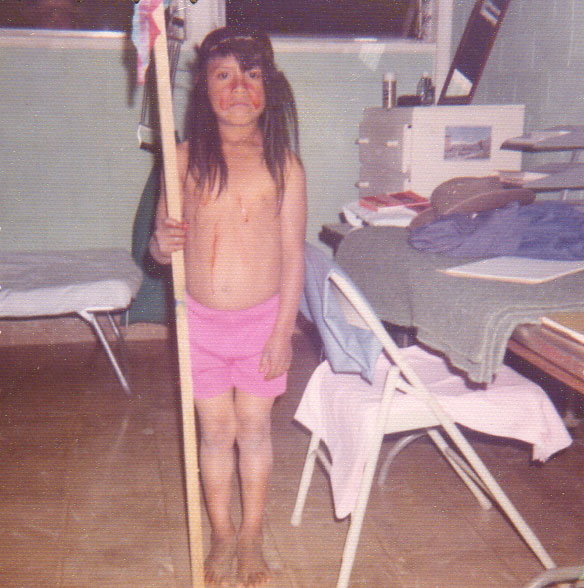 “Lucino Choc dressed as an Indian with hair he cut from the tail of a horse.”

“Elder Noorlander made all the boys guns out of wood and clothes pins that shot rubber bands. Cowboys and Indians was their favorite game, but Elder Noorlander’s side always found the best places to hide – like the roof of the chapel.”

“The children played hard, but also worked hard along side of Dan. Work is their way of life and they learn it early from their fathers. They loved Dan!”

Sis. Noorlander: “Poem written by Elder Noorlander after receiving word of the death of many of his Cakchiquel Indian friends who died in the terrible earthquake in Guatemala, February 4, 1976.” 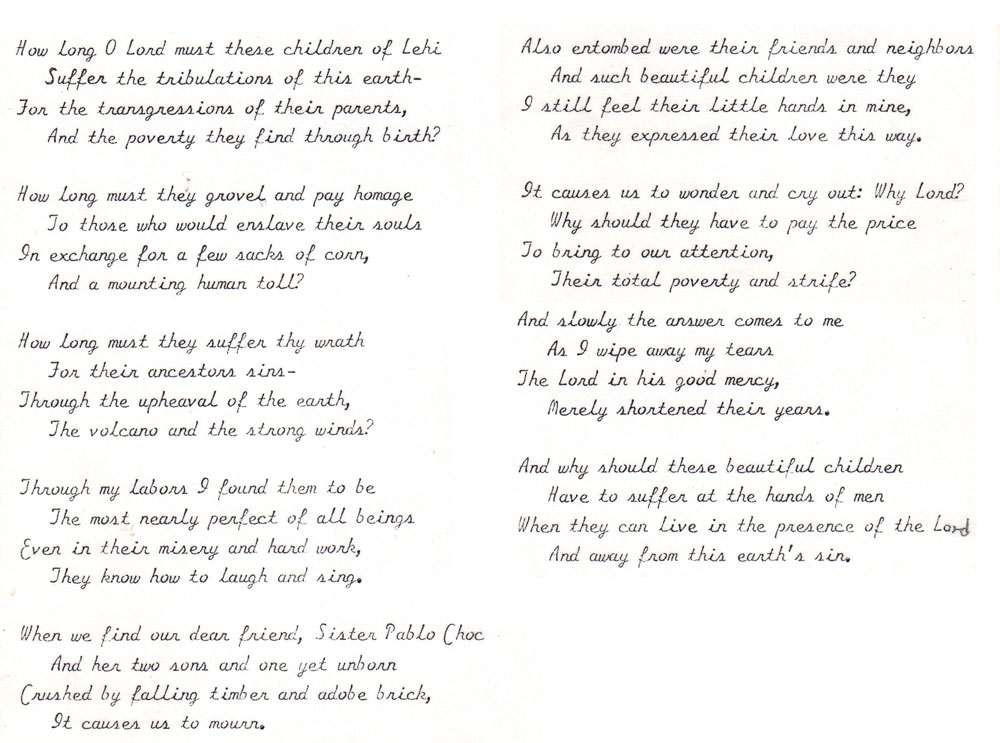