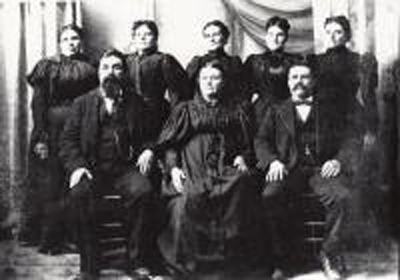 Mary Lewis (seated between brothers) pictured with her siblings. One brother is not pictured. 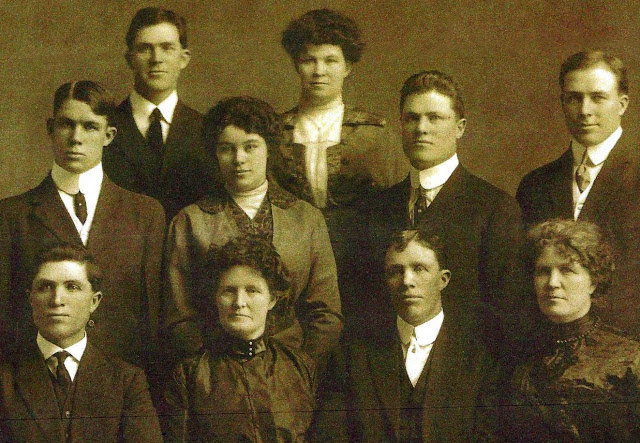 “Mother told me that grandpa Benjamin and his wife, Mary, lived in Beaver, Utah, and raised a family of nine boys and three girls (one died), in Beaver, Utah. He was the bishop of the Greenville Ward for many years, but couldn’t get the boys to go to Church. In fact, they would torment him by riding their horses around the meetinghouse while grandpa Benjamin was conducting meetings! Grandma Mary was of sturdy Welch stock, and one day grandpa came home and told her that the Church leaders were encouraging the brethren to take another wife. He said that he had decided to look for one. Grandma Mary said, ‘If you bring another wife in the front door, I go out the back!’ It was the last time grandpa ever brought up the subject.”

Written in 1914 at the time of her death

Mary Lewis Lillywhite, daughter of Phillip Lewis and Catherine Evans Lewis, was the eldest in a family of six sisters and three brothers. She was born in Llanelly, Wales, July 27, 1845.

She was baptized into the Church of Jesus Christ of Latter-day Saints, at the age of eight years. She emigrated to Utah in the year 1863 at the age of eighteen, crossing the plains, walking most of the way from St. Louis, Mo to Utah with a company of Saints driving ox teams. She was the first of her father’s family to emigrate to this country, and was christened at that time by her family “The Star of the West” on account of leaving her native land first and alone; blazing the trail across the ocean and the Great American Deseret for the gospel’s sake. Her coming was the primary cause of the early coming of her father five years later and subsequently the remainder of the family, all of whom settled in Utah.

On her perilous trip across the plains and during her early life in this country she was beset with many trials and hardships the same as many other saints had to pass through in those days. However, she met conditions as they presented themselves from time to time with fortitude and courage and always with a determination to overcome every obstacle.

After arriving in Utah she proceeded to the southern part of the state locating in Beaver City, Beaver County, making her home there. She was married to Benjamin Lillywhite Jr. in Beaver December 25, 1866; from which marriage eleven children were born ten of whom now survive her. Her posterity now numbers eleven children, forty-one grandchildren and eight great grand children making a total sixty, fifty-four of whom are still living. It is a significant fact that she was the first born of her father’s family; the first to leave her native county and all that was dear to her there, alone for the gospel sake and is now the first to depart this life. 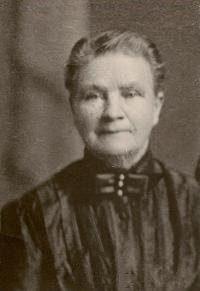 Her life was spent in the service of her family and in helping all who needed aid, the sick and distressed of her neighborhood, all knew her kindness and shared her hospitality. Her work officially in the church has been general with the Relief Society to which splendid service there are numerous testimonies.

She has lived a life of self-sacrifice always thinking of and doing for others, never thinking of herself. She was one of God’s most true and faithful mothers, steadfast, true to her faith, true to her husband and family and true to her God. Her life’s example to her family is a lesson of sublime purity, nobility, love and courage. May she rest in peace.