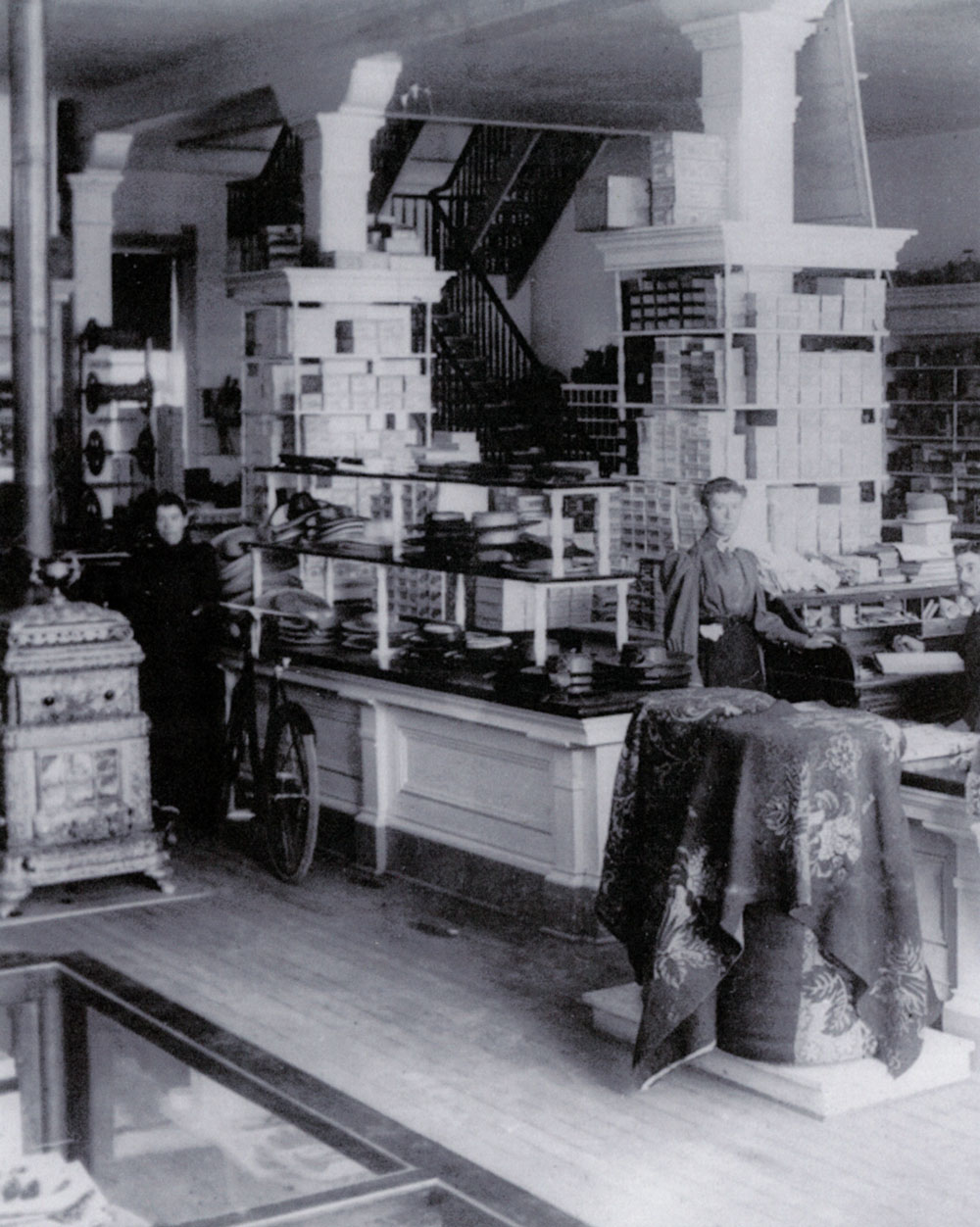 Matilda Lillywhite as store clerk in Beaver, Utah. Picture taken around 1897, or when Matilda was 21 years old. 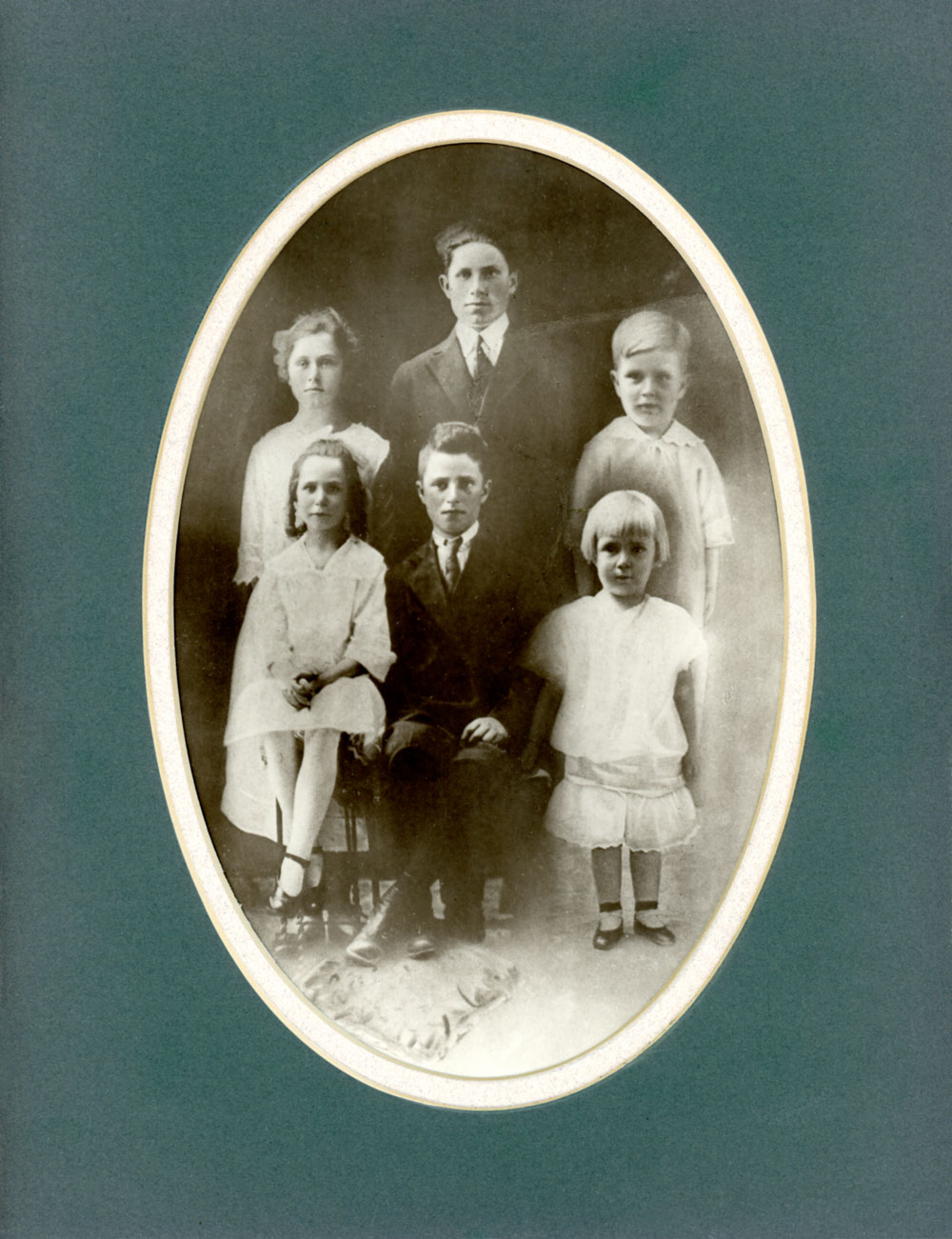 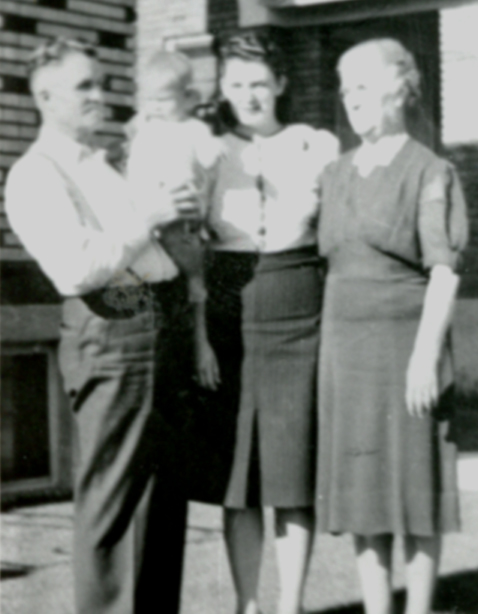 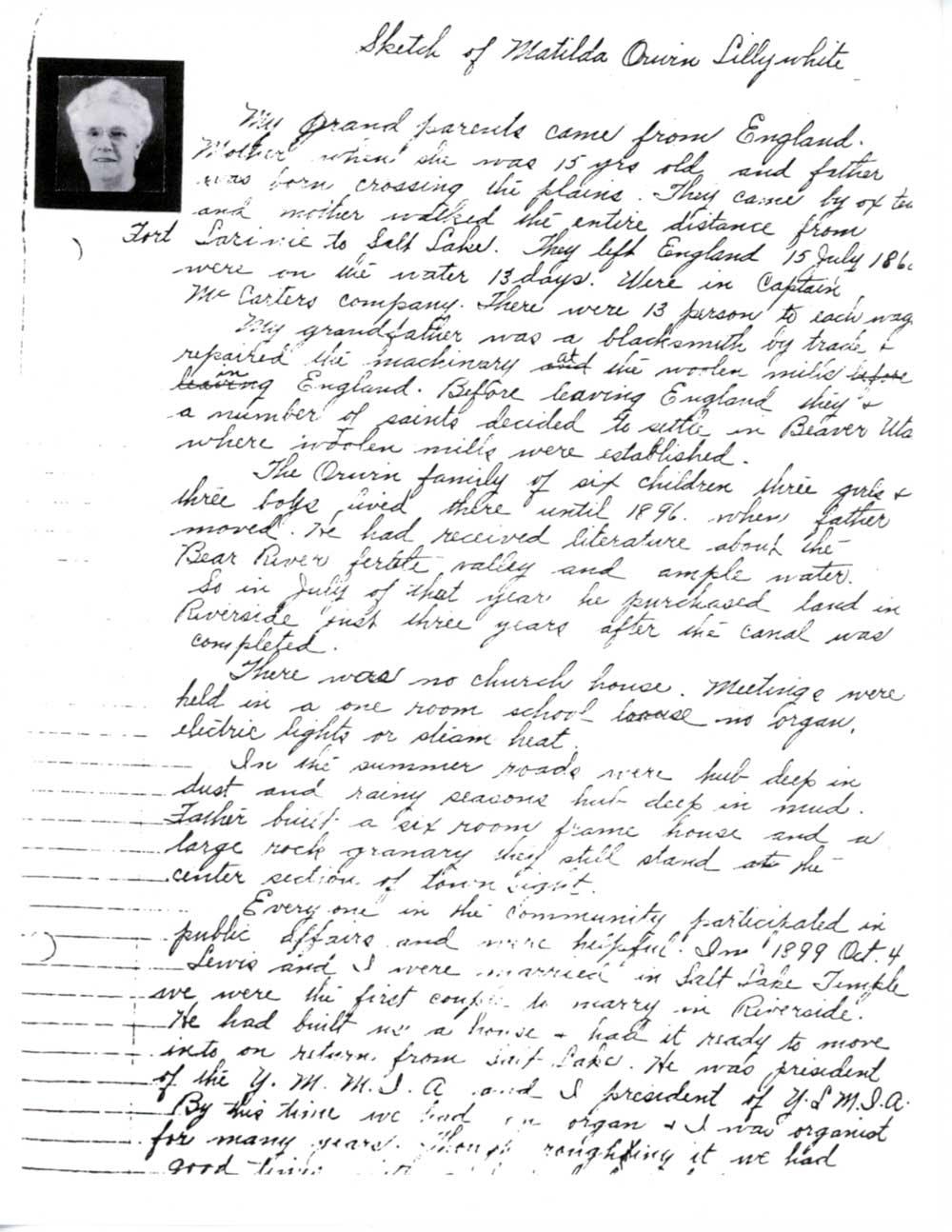 A Brief Sketch of My Life

My parents on both sides, came from England with their parents. They joined the Church of Jesus Christ of Latter-day-Saints, in England. They sailed on the Steamship Colorado, and left England on July 15, 1868, arriving in Beaver City, Utah, in September 1868. They were on the water for thirteen days. Before leaving England, they and a number of the saints decided to settle in Beaver, where woolen mills were established. My grandfather was a blacksmith by trade, and repaired the machinery in England.

They crossed the plains with ox teams, in Captain Carter’s Company, with thirteen persons to each wagon. My mother walked the entire distance, from Fort Laramie, to Salt Lake City.

My parents and grandparents and six children (three girls and three boys), lived in Beaver until 1896. The seasons are short in Beaver and always have a scarcity of water. Father got some literature of the Bear River Canal being built and a fertile Bear River Valley with ample water, so in July of that year, he purchased land and moved his family north, settling in Riverside, just three years after the canal was completed.

Father built a six room frame house and a large rock granary. They still stand at the center section of the town sight. There was no electric lights or steam heat. There was no church house. Meetings were held in a one room school house, with no organ. The roads were dusty in the summer time and muddy in the winter. All the people were LDS, and everyone went to Sunday School meetings, dances and socials. Everyone in the community participated in public affairs and were very helpful.

On October 4, 1899, myself and Lewis Lillywhite were married in the Salt Lake Temple.

We were the first couple to marry in Riverside. He had built a house and had it ready to move into, on our return from Salt Lake City. Lewis was President of the Young Men’s Mutual Improvement Association, and I was President of the Young Women's Mutual Improvement Association. By this time we had an organ, and I was organist for everything, for many years, and also a counselor in the Primary. Though roughing it, we had good times and real good friends. Our three oldest children, Roi, Pearl and Jess, were horn in Riverside. Myron J. Richards was Bishop then.

My parents moved to Provo in the fall of 1903, to put my two sisters in college at the “Y.”

We rented our home and farm to the sugar factory. The following year we sold and went to Provo also, and lived there four years. While there another little girl, Alta, came to bless our home. When she was a year old we moved to Garland, Utah. By that time the valley had electricity and a train.

Our boys were all called on missions. Our oldest one was during World War I, and he had to wait as he was called to go to England, and they had called all missionaries out of Europe. Our second went to Australia for thirty months, and our youngest went to the German Austria Mission, for thirty months.

The Lord surely blessed us as a family. They are all active in their wards and communities where they live. We have enjoyed watching them grow and develop and rear their families.

In 1938 we sold our farm in Garland, and moved to Logan. Soon after we were both called to officiate in the Logan Temple We surely were happy in the work for seven years, until my health was such we could not do the work anymore.

We sold our house, it having so may steps, and moved to Brigham City and located in the Sixth Ward, where we have met and enjoyed some of the finest and nicest people in the church. Although I have longed for our temple work, we loved Brigham City so much, especially my husband. I have tried to take my affliction with cheerfulness, because I know the Lord has been very good and merciful to us. We have all our children, twenty-six grandchildren and no deaths in our immediate family. If we live until October 4, 1954, we will have been married fifty-five years.

I joined the Daughters of Pioneers, in Garland, in 1930. I belonged to the John X. Smith Camp, in Logan, and now I am active member in the Beehive Camp, in Brigham City. 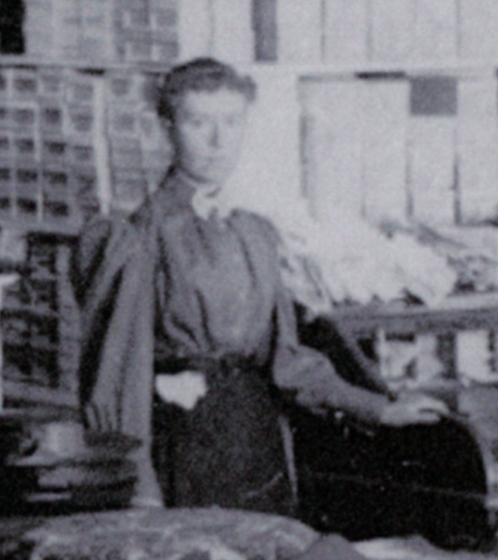 Matilda’s life sketch in her own handwriting. 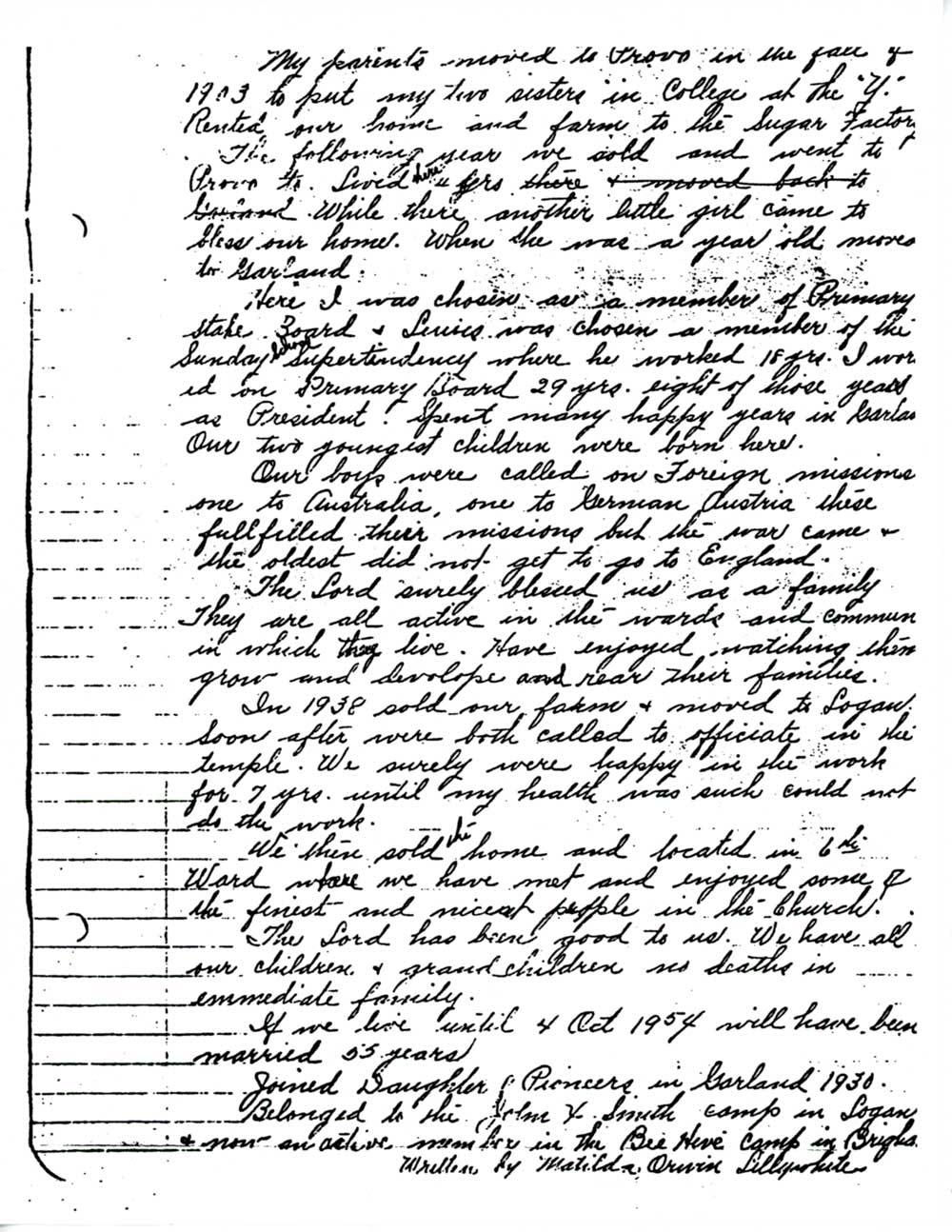